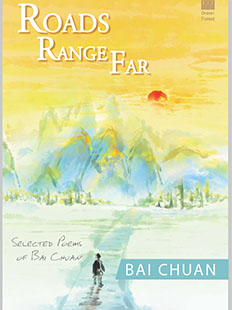 Bai Chuan
As a supporter of free verse since childhood, Bai Chuan’s translation is a product of the imagination as well as many years of hard work.

Enjoy the wonderful world of poetry, and you will know what beauty and reality are.

Since the appearance of Roads Range Far: Selected Poems of Bai Chuan (道路遠近：白川詩選) in its original native language, there has been a demand for a serious attempt to transform its international outlook into an international readership. In response to this, the present English edition offers not a slavish translation. Instead, there is perhaps a true sense of creative effort, to say nothing of the venture itself being a rich and rewarding experience.